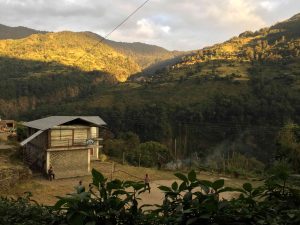 Despite the delayed start, we finally made it to the first clinic in Kliu – a small, remote village located within the Annapurna region, about 2 hours drive from Pokhara. The clinic space provided was a large tin shed located just above a children’s day care centre with no furniture, a few power points and minimal lighting. However, we were able to scrounge some beds from the hostel for treatment ‘chairs’ and tables from the day care centre for our equipment and all together it began to look like a functioning dental clinic. 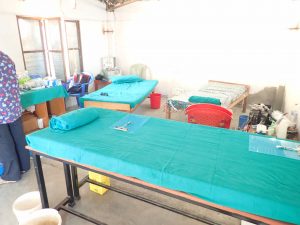 During our stay of four days we treated around 135 patients ranging from ages 6 to 70, and completed 132 extractions and 120 fillings. Many of the patients had travelled from all around the region to come and see us and nearly all were extremely compliant, especially the children, opening their mouths willingly and remaining very still throughout the treatment. Unfortunately, their compliance did not extend past the clinic, as some had not seen a toothbrush, let alone a dentist, for about 5 years and because of this their oral health overall was quite poor. 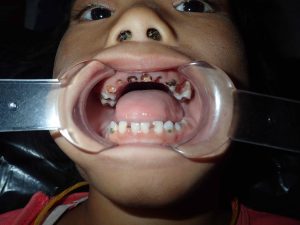 One patient in particular, a 60 year old man, came into the clinic and requested some ‘special medicine’ to stop his gums from bleeding. Dr Lam explained that no such medicine existed and that the only way to stop the bleeding was to brush and floss his teeth – which he had not done for about 5 years.

Chewing tobacco is also a large part of the Nepalese culture here, a practice that both men and women take part in. We had the unfortunate experience of seeing the negative effects of this on a young woman, no older than about 30 years of age. She came into the clinic for a simple extraction, however a small white lesion was spotted on the inside of her cheek, most likely cancerous and linked to her chewing tobacco habits. This presents as a major problem, as it is unlikely that she will be able to seek medical treatment, and as a result the cancer may have to go untreated. 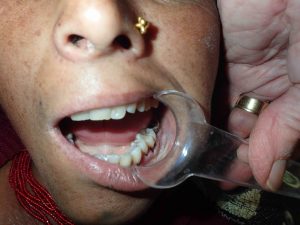 In our spare time, we visited the day care centre underneath our makeshift clinic and the sight was heart breaking. The walls were bare and the floors were covered in strips of foam on which the children sat. Parts of the primary school located across the yard were destroyed during the recent earthquakes and so those children along with the young day care children were all packed into three small rooms. We gave each of the children a toothbrush and donated some soft toys to the day care (knitted by Mrs McKinnon’s Mothers Craft group from ACT) – and the faces of the children were worth every minute of the hard work upstairs.

One of the rooms of the day care centre, used by the school children 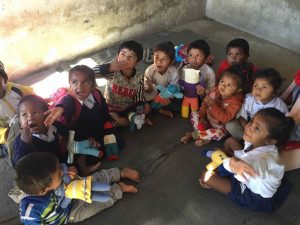 Due to the delay at the start of our trip, our time in Kliu was unfortunately cut short and many patients were unable to be treated. However we do wish to return to the village in the near future to continue our work.